Alex Rovira —writer, economist and lecturer— performs an introduction on the subject that gives way to five roundtables —on economy, politics, philosophy, technology and culture— and raises a question: ‘What can do each of us, no matter how small it may be, to improve the situation?’. 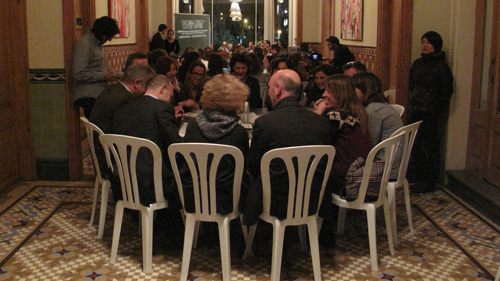 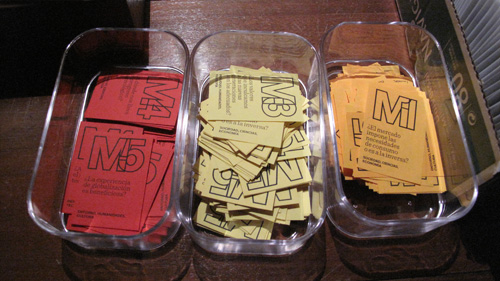 Meet at the Casa Amat in Barcelona. Attendees had to choose the color of their ticket, which would serve to group them by thematic tables in the second part of the event —Image WHAT